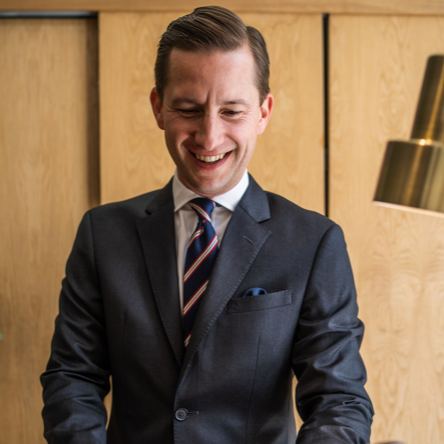 Rob brings a dedicated commitment to excellence in his role as Core’s Restaurant Director with over 15 years of experience in three Michelin-starred restaurants.

In 2013, he became the youngest ever candidate to achieve ‘Master of Culinary Arts,’ an award he now judges along with The Gold Service Scholarship and Annual Award for Excellence.

Rob has been involved in a number of projects including a year in New York at Gordon Ramsay at The London, Maître d’ in the Channel 4 series ‘Ramsay’s Best Restaurant’ and as the General Manager for Dan Barber’s ‘WastED’ pop-up in London. He was awarded an honorary fellowship by Westminster Kingsway College for his contribution to education in the hospitality sector and in 2018, Rob was proud to head the Core team as Event Director for the Royal wedding of the Duke and Duchess of Sussex.